When tillage begins, other arts follow. The farmers, therefore, are the founders of human civilization.

Farming is a way of Life 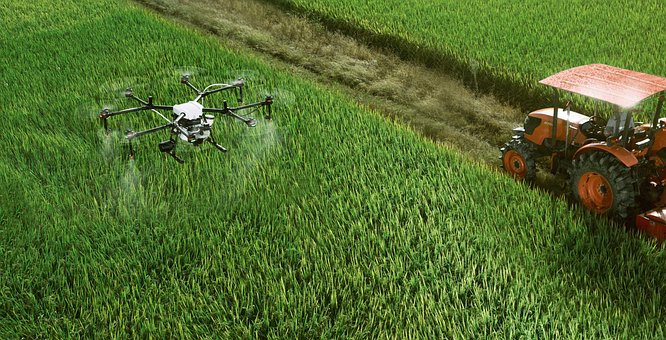 Farm automation,is often associated with “smart farming”, is technology that makes farms more efficient and automates the crop or livestock production cycle. An increasing number of companies are working on robotics innovation to develop drones, autonomous tractors, robotic harvesters, automatic watering, and seeding robots. Although these technologies are fairly new, the industry has seen an increasing number of traditional agriculture companies adopt farm automation into their processes. New advancements in technologies ranging from robotics and drones to computer vision software have completely transformed modern agriculture. The primary goal of farm automation technology is to cover easier, mundane tasks. Some major technologies that are most commonly being utilized by farms include: harvest automation, autonomous tractors, seeding and weeding, and drones. 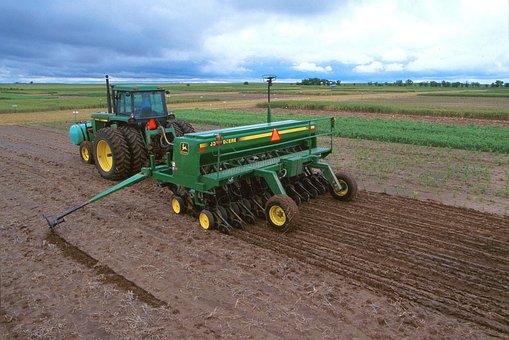 In coordination with the state government a central government scheme launched to facilitate farmers to buy agricultural machinery by offering attractive subsidy has few takers in the district. In the district a mere 1.94% of the total number of farmers registered online to avail the benefits of this scheme. Ironically, the government has neither assigned targets under this scheme for the current financial year nor has it made any allocation of funds even as farm machinery is urgently needed with farmers preparing their fields for paddy cultivation. Where the majority of medium and small farmers say they are unaware about the scheme and the authorities of agriculture department say as no funds were allocated for the purpose, they could not give publicity to the scheme. Under this scheme, government has enlisted 20 heads of agricultural machinery which mainly include tractor, harrow, rotavator, seed drill, irrigation pump set, cultivator, laser land leveler, sprinkler set, rain gun, thresher, power weeder, drum seeder and solar pump. Depending on the type of machinery and its original selling price the amount of subsidy varies from Rs 4,000 to Rs 1.50 lakh. 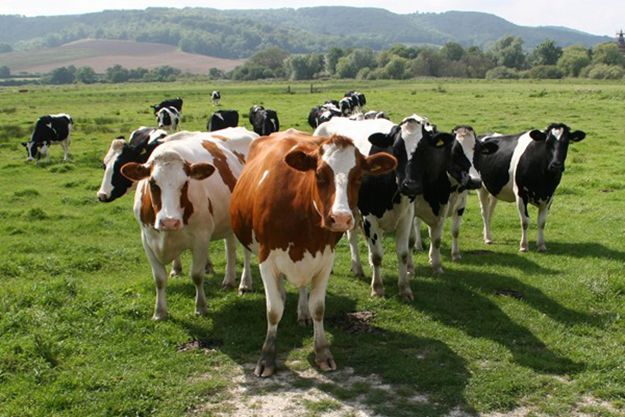 The traditional livestock industry is a sector that is widely overlooked and under-serviced, although it is arguably the most vital. Livestock provides much needed renewable, natural resources that we rely on every day. Livestock management has traditionally been known as running the business of poultry farms, dairy farms, cattle ranches, or other livestock-related agribusinesses. Livestock managers must keep accurate financial records, supervise workers, and ensure proper care and feeding of animals. This technology can come in the form of nutritional technologies, genetics, digital technology, and more. Livestock technology can enhance or improve the productivity capacity, welfare, or management of animals and livestock.

The importance of agriculture to India needs no mention. Although not the number one revenue generator for the country but more people in India depend on agriculture than any other sectors. The uniqueness of the region lies in agriculture being more than just a profession, it provides sustenance and livelihood, and is entwined with social and cultural beliefs. Ironically, agriculture has seen the least modernization in India than any other sector. There are many aspects that can be modernized in India and be up to date with the rest of world such as mechanization, postharvest, logistics but everything starts with a better seed. Innovation is more important in modern agriculture than ever before. The industry as a whole is facing huge challenges, from rising costs of supplies, a shortage of labor, and changes in consumer preferences for transparency and sustainability. There is increasing recognition from agriculture corporations that solutions are needed for these challenges. Major technology innovations in the space have focused around areas such as indoor vertical farming, automation and robotics, livestock technology, modern greenhouse practices, precision agriculture.